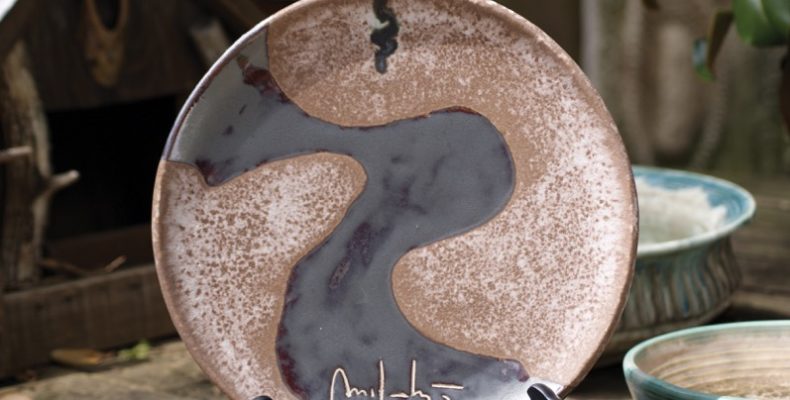 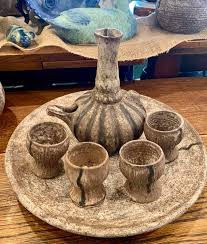 Lee and Pup McCarty began making their famous pottery in 1954 concentrating on both artistic and functional pieces. Platters, casserole dishes, lamps, hanging planters, dinnerware and a large variety of sculptures are among pieces adorning homes across America and the world. The McCartys unique style, again with the focus on the simple yet elegant, is one of the main reasons for the “collectability” of the pottery.

Another reason is the glazes used in the firing process. In the 1950’s and 1960’s the McCartys experimented with native clays and glazes resulting in a wide variety of colors. By the 1970’s, they had invented their signature glazes of nutmeg brown, cobalt blue, and jade. McCartys pottery can be identified by the trademarked “river,” a small black wavy line representing the Mississippi River on most functional pieces, and by the trademarked McCartys signature which is hand signed on the bottom or back of each piece.

Lee and Pup have come a long way since William Faulkner showed them a clay deposit in a ravine on his property and told them they could have it. In the early days, they insulated the Barn with cardboard, froze in the winter, sweated in the summer, and persevered. With their artistic vision and incredible work ethic, McCartys pottery has become known around the world.